Hey , would it be possible to have Windows desktop installed on server?

depends on what you mean…

many ways of going about it…

I think with what you’re potentially asking here… I’m going to sum this up with a “No”. You’re asking to run Windows and linux in parallel on a server. That simply will not happen unless you first install Windows Server (usually licensed and pricey) and installing your linux in a VM box. More complication than it’s worth and having Windows Desktop is not (in most cases) going to make your server easier to manage.

Yes and the alternative is just more headaches than it’s worth anyway. I ran a physical Windows box with Deluge for years. Problem is the Windows version of (most) torrent software will end up crashing. If you’re running it all the time and have a lot of torrents loaded/seeding, there is just a memory hole and the torrent software will crash after awhile.

I actually stumbled across QuickBox when I was looking for an alternative, and it was the best thing. My box has no problems now at all, and I seed torrents a lot more heavily.

A true seed box is the way to go if you’re a power user. If you’re on a budget and you’re sharing a computer between tasks (IE it’s your daily computer, torrent server, media box)… then VM is the way to go. If you wanted to cheat with having a “shared computer” and include QuickBox, there are lesser free options… but as @JMSolo you’re going to run into problems. Because then you have one physical box trying to share resources between multiple OSes… and torrenting can be a disk intensive task on it’s own, slowing down the other OSes running. Probably not able to really game and torrent at the same time…LAG!

My suggestion is have a dedicated box. If you don’t have the funds, save up for a simple box. I’m running an old AMD with 2GB of RAM, I just happened to have enough hard drives (and research time) for a RAIDed setup. But even on my slow/old/low resource box, QucikBox runs without hessitation or issue. It is an AWESOME solution, in my opinion!

was this pun intentional? 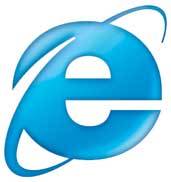 I run https://www.virtualbox.org/ on my ubuntu server. I’ve installed Windows 10 on it and it works really well. I installed LogMeIn on the Win10 installation and i use it for doing webrips.

I did use VMWare before, but i found it really drained the system resources.

HA No I did not not even thinking…

Thought I would check in and see how your setup is working for you.