Disk Status is not working

The user that was being created during the installation is called mantax and has the following in its /home/mantax directory when i do a ls -l :

Also my output for the /etc/fstab is:

The System is a VPN running Ubuntu 16.04 LTS and is a KVM provisioned VPS.

Any help is appreciated

I issued the command via the terminal as root user as you said:

I also restarted the VPS but again the Disk Status is empty. It says only Free: GB & Used: GB and Size: GB … there is no number indicating how much GB for every category…

Shure that it was correct to issue the above command?

After the box uninstall quotas use this command setdisk

It asks me for:

Thanks for the help!!!

No you should pick the name of your QB user

Ok i have done that. Prior to this i also issued the command:

to see how much GB i have available. The VPS has a clean install of Ubuntu 16.04 LTS and of Quickbox… nothing else. The output of the above was:

What confuses me here is that i have a VPS with 1TB storage so it seems i have a storage of only 916GB… from this 3.4GB is used and i have left only 867GB ??? Doesnt matter i continue and i typed the setdisk command, i entered the user mantax and when i was asked about how much GB i entered 867GB because above i saw only 867GB available to me.

Thanks for the support!!!

This is a feature of linux, nothing to be confused about. It’s called reserved file system. What this does is the Linux OS reserves 5% of your total disk space. This 5% is reserved for the file system itself and protects you from filling up your HDD to 100% and thus locking you out of your system entirely.

Quotas will have nothing to do with hostnames as it only sets up the appropriate fields in the fstab.

box remove quotas <- this is to ensure that your quotas are removed.

Next, type fix-disk_widget_root and then type service apache2 restart

To see the changes you may also have to clear your browser cache. If the problem persists, please feel free to shoot me a PM and we’ll take a look and see what could be the problem.

I tried above steps but again it doesnt worked… this is the output of all three commands:

Update: I see the strange above values only when i login via ssh Terminal. I use the Terminal App from my Mac. But when i login with my user that was created i see the hostname like:

Thanks for the support

Those values are a measure of your systems current memory averages in increments of 5/10/15 minutes. You can type prompt_OFF to see your hostname. This is a custom ~/.bashrc file that has colorful prompts. In fact, it’s quite clear upon login: 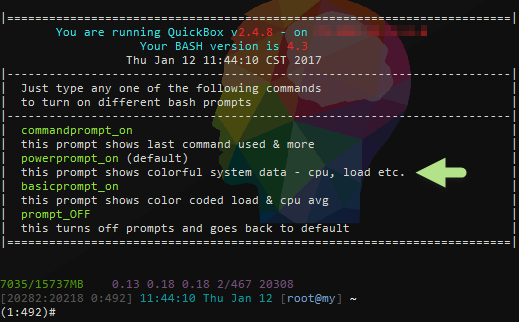 To continue figuring out why your widget is blank, can you provide me the return of the following commands:

uname -a and lsblk

So i executed both commands. First i typed:

I got as return the following:

Then i typed the second command that i was told:

I got the following:

So still not working the Disk Status… strange…

Thanks for the great support!

From this view I see no reason why your widget wouldn’t be working… unless you are caching old data via your browser.

Again not working. For the first command i got a lot of output and an error at the end. When i executed box upgrade at the last line (it was many lines of code) i got the following:

I also restarted apache with the second command. I then went into Chrome which i use as a browser and cleared EVERYTHING from the beginning of the time… everything… passwords, images … everything in the cache is gone. Nothing Disk space is not showwing any number. It says only:

and below of that it says:

You have used NaN% of your total disk space

Thanks for the support… 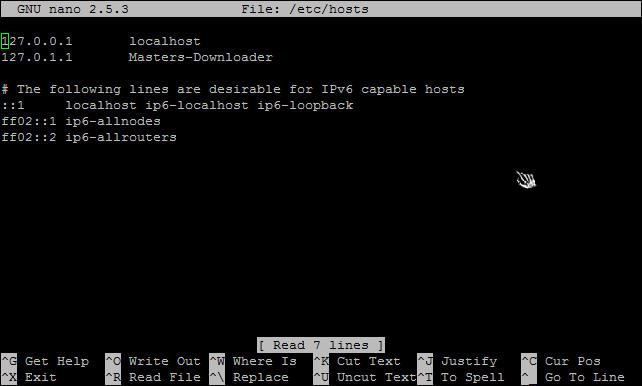 My /etc/hosts is as follows:

As i said. This VPS is a clean fresh Ubuntu 16.04 LTS installation . I did a complete apt-get update & upgrade etc… and then i installed ONLY Quickbox on it.

Thanks for the support!!!

i would edit it.

Will you please PM me your dashboard IP and username/password? The only way to really confirm this is if someone else can look into this. We’re just going to go around and around without something more hands-on.